Yesterday's card did the trick and got my juices flowing!  I used the same cover die again, and here's what I made. 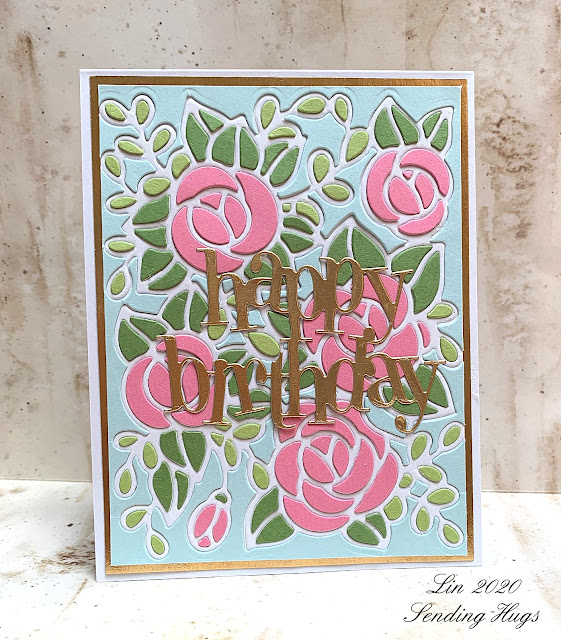 It's a calming thing for me to take a die like this and add the details with colored cardstock, so I cut it from pink and 2 greens, and set them aside.  Then I embossed the die onto a panel of white cardstock.  That was then my starting point to add the details.  I glued each colored piece to the corresponding raised part on the white panel.   I had originally planned to then attach the finished panel to a pink panel, but at the last minute I decided to cut the die one more time from Surf Blue and glued on the background pieces.  After deciding on a gold sentiment, I then framed my panel in the same gold.

It took me all morning, but I count that as time well spent, as it kept my mind centered for that bit of time.  And I like the mosaic effect that this technique results in!

And then I did another card.  This time I embossed the die like I did above, and then just watercolored the leaves and flowers. 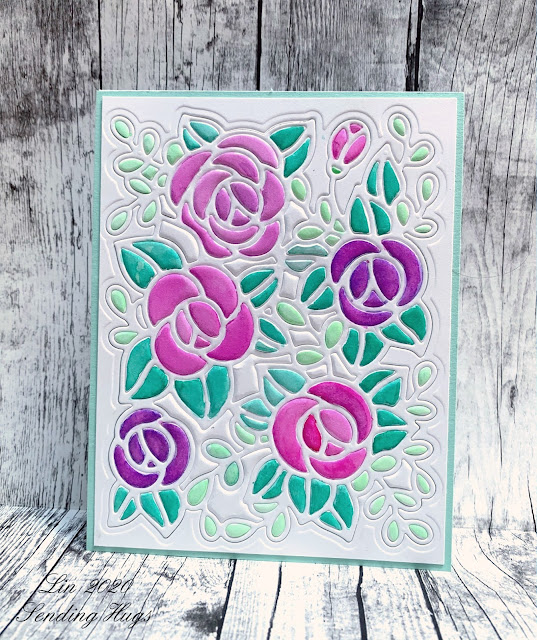 I left off a sentiment on this one for now.

a new week and you're off to a grand start with those two beauties.

Two fabulous looks with that die, Lin! Just love the inlaid one - such great colors and I know what you mean about it being relaxing to assemble! Very pretty in the embossed one with watercolors too - you did an amazing job with it!!

Gob-smacked again! how do you do it? Patience of Job, and worth every moment of your time!
=]

A double dose of prettiness Lin and worth the effort!

Incredible Lin. I can imagine it did take a while to get the first one done but the results are so worth it. The card is amazing. And love the way you did the second one. It is so soft and pretty.

Lin these are wonderful - great use of the large die, and you obtained two totally different looks with it
Stay safe
Blessings
Maxine

Great cards, thank you for the tutorial :) 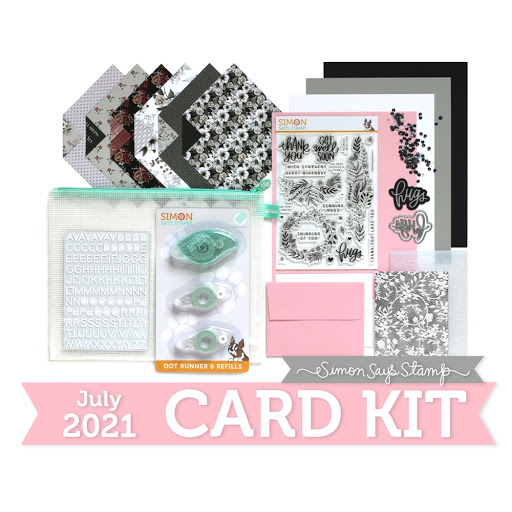 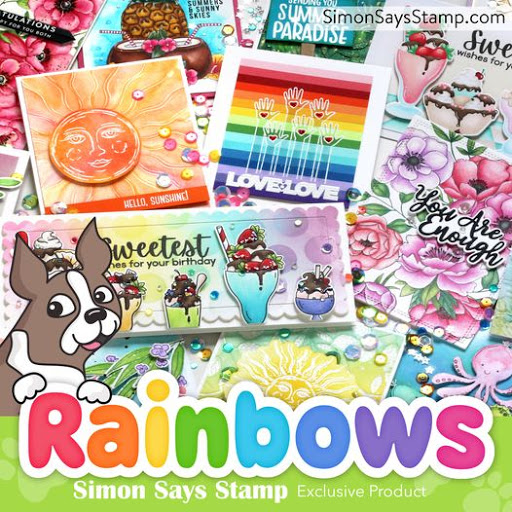